The 3D printing of food, like most other applications of the new tech, is still struggling against the bonds of novelty. While 3D printed candies and other sculpted dishes are most certainly impressive, it will be applications which can produce healthy food easily, quickly and cheaply that establish the technology as feasible.

Much of the novelty lies in the tangible nature of 3D printing; gone are the days when technological advances were huge clunking machines belching out steam, cutting edge tech long since went beyond the naked eye. 3D printing is real, something is created in front of you, not an image, a projection or other representation.

This fascination stretches to food. Despite 3D printing being touted as the solution to world hunger and world obesity rates, and even long distance space travel, much of what makes the news or goes viral fails to demonstrate this potential.

So why is this? Like with any new technology, 3D printing food devices are patented. This article looks at the different aspects 3D printing of food needs to consider to succeed, and how far along the technology is in each.

By looking at the key technologies of all patents categorised as both ‘3D printing’ and ‘food’, the focus is clear:

The breakdown is as follows:

The only specific foods other than ‘non-alcoholic beverages’ mentioned are cocoa and dough, representing over 15 per cent of the entire breakdown.

Furthermore, looking at the word cloud of these patents, there is only one word which might appear on a menu, dessert:

And this occurs twice.

From this it’s clear 3D printing is focusing too much on unhealthy food.

In a society desperately struggling against rising obesity rates, a new way of making even more carbohydrate-laden or sweet foods is certain to encounter resistance from food standard agencies and other governing bodies dictating its adoption as a legitimate manufacturing process.

3D printing is focusing too much on unhealthy food

Nasa is reportedly considering 3D printing as the solution to transporting vast amounts of food into space. The space agency has partnered with Texan engineering firm Systems & Materials Research Corporation to produce a 3D printer capable of feeding astronauts during long duration space missions, particularly a trip to Mars. The project quickly outgrew its initial $125,000 (£100,000) Nasa grant and has spun off into a startup, BeeHex,

Systems & Materials Research Corporation have an exceptionally relevant innovation profile, with focus on flight, compact storage and food representing 83 per cent of the company’s portfolio:

Yet all reports of this device claim it will be used to make pizza, further evidence the technology is focusing on the wrong areas.

3D printing of all kinds is moving into the mainstream, and food won’t be far behind, yet one of the biggest limiters in its proliferation is speed, with even small, basic shapes taking hours to produce.

Continuous Liquid Interface Production (CLIP), developed by a team at the University of North Carolina, has the potential to increase the speed of 3D printing by several orders of magnitude.

By alternating flows of oxygen and light, CLIP can control and manipulate solidification of a photopolymer resin, essentially lifting shapes out of a reservoir of the liquid quickly, cleanly, fully formed and most importantly, quickly.

If any research teams are working on Continuous Liquid Interface Production for food production, they do not yet have a patent at the time of writing:

If 3D printing of food is to compete with the current models of industrial food production, teams should consider applying the CLIP method.

While not technically printing, perhaps the future for food lies not in developing further extrusion or layering techniques common to most 3D printing processes but in creating ways of allowing healthy, natural food to grow quickly and conveniently.

Dutch food designer Chloé Rutzerveld , unsatisfied with 3D printing and its focus on confectionary and other fast foods, has created the concept of “edible growth”.

A 3D printer is used, but only to create a ball-like structure, which “facilitates and enhances” nature. This structure then contains enough seeds and spores to develop into a self-contained ball which allows for an entire meal to be cultivated.

For 3D printing food – and to some extent, 3D printing in general – to become a mainstay in the future of food production, it has to shift focus from novelty sugar cubes and intricate geodesic candies to producing healthy new foods quickly and cheaply.

The impressive nature of early 3D food productions has offered a tantalising taster of the technology’s potential but without further innovation in new directions, the technology could quickly suffer the same fate as Google glass or Concorde – an incredibly innovative advance which fails to keep pace with expectations. 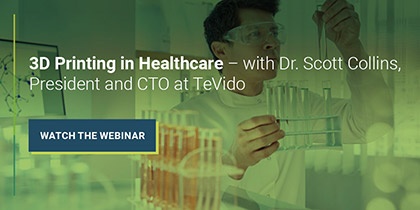