CRISPR Cas9 patent: The race to bring gene editing to the clinic

The ability to cut DNA sequences promises treatments for cancer, sickle cell anaemia and muscular dystrophy. And it might give you an instant six-pack.

The Space Race pitted Russia and the US against each other to be first on the Moon. Now there’s a new technological competition: between America and China over gene editing.

The prizes are immense. Researchers in the US, Europe and China are closing in on practical techniques to cure a legion of diseases. They could treat cancer, muscular dystrophy, HIV and some forms of blindness – all thanks to a new gene editing tool that has revolutionised biomedical research.

The new technique is CRISPR and it has rapidly relegated other systems to second place. “In the future, I don’t think any new genome editing therapies will be developed except with CRISPR,” says MIT biologist Richard Hynes, who also co-chairs a panel from the US National Academy of Sciences looking at the ethics of gene editing.

“In the future, I don’t think any new genome editing therapies will be developed except with CRISPR,”Richard Hynes, MIT

The idea of modifying our genetic code to treat disease is, of course, not new. But the success rate has been poor. After 2,000 clinical trials, only two gene therapy treatments have been approved in Europe and the US.

Where previous methods were time-consuming and cumbersome, the new kid on the block is fast, easy and efficient. Researchers are on the cusp of a flurry of new gene therapy treatments.

So CRISPR – clustered regularly interspaced short palindromic repeats – appears to be the killer app for gene-editing.

These are early days, but preliminary lab results show CRISPR has potential to treat cancer, sickle cell anaemia or muscular dystrophy, to eliminate hepatitis and HIV infections, and even to reverse some cases of blindness and deafness.

The CRISPR story began in 1987, when researchers identified a primitive mechanism in certain microbes. This was largely ignored until Jennifer Doudna and Emmanuelle Charpentier, then based at the University of California, Berkeley, demonstrated that an enzyme in those microbes – Cas9 – could be programmed to recognise and cut DNA sequences in any cell.

In effect, the duo turned CRISPR from a bacterial mechanism into an ingenious gene editing tool. It was quickly adopted by research labs around the world. “It’s incredibly versatile and very easy to target to particular places,” says Hynes.

Practical applications are already being sought, with the first clinical trial of CRISPR in the world now in progress. A team of Chinese researchers at Sichuan University's West China Hospital in Chengdu is treating lung cancer patients using 'CRISPRed' immune cells collected from blood samples, edited in-vitro and re-injected.

The immune cells have been engineered to lose one of the mechanisms that keeps their activity under control. With the brakes off, it is hoped the immune system will be better at recognising and attacking cancer cells.

The University of Pennsylvania is next in line to conduct a similar trial.

“Competition will likely drive the products into clinical trials faster,” says geneticist Rolf Stottmann, based at Cincinnati Children’s Hospital. “So many parties see the possibilities for CRISPR-mediated therapies that competition will be coming from many companies, academic institutions and nations.”

The range of applications will grow. “In the next few years we'll probably see more clinical trials for other disorders, such as sickle cell disease. The cells that need to be changed – hematopoietic stem cells in this case ­– can be isolated from the blood, manipulated in the lab and then re-injected,” says Benjamin Gowen, at the University of California, Berkeley.

“Cells that need to be changed...can be isolated from the blood, manipulated in the lab and then re-injected”Benjamin Gowen, University of California, Berkeley

Genetic engineering is the stuff of science fiction, designer babies and apocalyptic warnings going back nearly a century.

But CRISPR therapies carry nothing like the Frankenstein-like connotations of embryo engineering. They benefit living patients, but are not passed on to that person’s children. That does not mean they are without danger, however.

“It remains to be seen how difficult it will be to navigate the regulatory considerations for approval of CRISPR-based therapies,” adds medical biochemist Lukas Dow, from Cornell University in New York, “but I’m sure we'll see treatments enter the mainstream in the next decade.”

Researchers are excited at the potential of CRISPR to create therapies from blood, immune or stem cells, but this approach is limited. What about conditions where cells cannot be easily collected and grown in-vitro? In this case, there’s only one option: introduce the entire CRISPR machinery into the body to find its target.

Here size is a problem. The CRISPR technique requires a large Cas9 enzyme and a negatively-charged short section of RNA that guides Cas9 to the specific cutting site. Separate packaging is an option, but would be a logistical nightmare because both components must be delivered together to the same destination.

This is the technical challenge for the next five to 10 years. While there are many ideas, including hollow viruses or lipid nanoparticles, it is still work in progress.

A little work has been done on delivering to the liver, so diseases of that organ – such as haemophilia – could be targets, says Hynes. “People are trying to do this in muscle as well, for things like muscular dystrophy, and in blood cells for things like sickle cell anaemia and thalassemia."

Virologist Ben Berkhout, at the University of Amsterdam, suggests using stem cells to introduce CRISPR into patients to treat HIV. “We demonstrated that CRISPR is able to find and inactivate all proviruses that are present,” says the researcher.

“We demonstrated that CRISPR is able to find and inactivate all proviruses that are present,”Ben Berkhout, University of Amsterdam

Across the Pond, Jeffrey Chamberlain, at the University of Washington, is adapting systems to deliver Cas9 to muscle with the help of a specific gene regulatory element to treat muscular dystrophy. “This leads to significant editing of the mutant dystrophin gene, but only in muscle,” he says. Despite positive results, the researcher is cautious. “It may well be in clinical trials in the next five years. However, there are still safety issues to explore and the efficiency of the method needs to be improved.”

One safety issue is off-target mutation. This happens when the enzyme Cas9 fails to find the target and cuts in a different location. This may have serious consequences if the off-target hit happens in the germline cells (sperm and eggs in humans) or cause cancer if it occurs in actively dividing cells.

Researchers hope computer programs will predict these effects, such as one at Harvard University aptly named Chop Chop. But computers can’t predict everything and researchers need better ways to test whether changes are confined to the target area.

“Ideally, we want to be able to test and have a really good understanding of the precision of the experiment and to check if changes are confined to the locus of interest,” says Stottmann at Cincinnati Children’s Hospital.

And then there are the ethics of CRISPR

As CRISPR moves from lab to clinic, now is the time for ethical questions. Debate is focused on which patients should be offered which treatments. It is unclear where to draw the line between treatment and prevention. “If somebody has AIDS and you can use genome editing in a way to cure that person, nobody would object to that. But if you wanted to prevent people from getting AIDS, then that needs a little more thought,” says Hynes.

Then there’s the question of enhancement. It may be possible to employ treatments developed for certain conditions, but use them in healthy people, offering a characteristic they didn’t have before.

A treatment for muscular dystrophy might give you an instant six-pack. The fitness industry would leap at the opportunity, but is that acceptable?

Richard Ashcroft, Professor of Bioethics at Queen Mary University of London, says we probably won’t see much in the way of human enhancement technologies for a while – maybe not for a couple of generations. In part because these are highly regulated, controversial and mediated by the medical profession and professional ethics. “But if you can translate CRISPR-based technologies into the health and wellbeing marketplace, where medical ethics don't apply, or only weakly so, then I think enhancement technologies will mushroom.”

“If you can translate CRISPR-based technologies into the health and wellbeing marketplace...enhancement technologies will mushroom”Richard Ashcroft, Queen Mary University London

Cost is key. Health systems worldwide are under huge financial strain and access to costly therapeutics is difficult.

As Ashcroft explains: “There’s an argument for saying that if we don’t purchase such high-cost therapeutics now, the market in them will die, and the opportunities for costs to drop as competition and innovation drive them down won't arise. So we should tolerate high prices and unjust distribution of access – now – in order to enable lower prices and fairer distribution later.”

Finally, in the next five to 10 years, gene editing tools will continue to be used in embryo research, and while it is highly unlikely that such techniques will be translated into the clinic, it’s important to discuss their use.

So far, regulators and the public have been reluctant to move into inheritable modifications of the human genome. That could change. “I think the debate is shifting now,” says Ashcroft at Queen Mary.

“In part, because CRISPR promises to be more precise, more predictable and safer than older gene therapy techniques.” If it was possible to prevent the inheritance of a serious genetic disorder – for example haemophilia or muscular dystrophy – then many people would approve.

“These are fairly early days and, as the risks and mechanisms for doing genome editing for therapy are worked out, some of these issues will become clearer. It will be easier to think what is the risk, and what would be the harm in making somebody stronger, for example,” concludes Hynes. “It’s a complicated discussion, but we should have it before we move forward.” 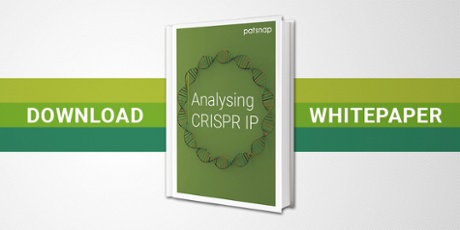