While governments, charities and the media attempt to change attitudes towards diet and exercise, obesity rates globally continue to grow and 42 million children under the age of five worldwide are now overweight1.

There are many factors involved in this: convenience, availability and scepticism just to name a few. Efforts to change attitudes, effective or not, can only be one angle of attack on a disease which leads to 2.8 million deaths worldwide every year2.

Currently, the only sure fire “cure” for obesity is bariatric surgery, a category of procedures involving manually reducing the size of the stomach and/or lower intestine.

For the first time in history, a cure for obesity may be found before there is even public consensus that one is needed

The debate over obesity is like few others; its causes and solutions ignite rancorous debates around laziness, parenting and nutrition. Until relatively recently, the medical side of the debate was limited to diet, exercise and a few short-term medications but the discovery of the FTO gene confirms a long held suspicion – that some people are genetically predisposed to obesity.

A variant of the FTO gene, first discovered in 2007, is considered a leading genetic factor in an individual’s susceptibility to becoming obese; people with multiple copies of the variant are 1.7 times more likely to be obese and weigh 3kg more on average3. The gene, widely known as the ‘obesity gene’, works by activating two other genes which prevent thermogenesis – the body’s process of burning fat as heat.

The discovery of the FTO gene variant offered support for the argument that obesity is a genetic condition unrelated to diet and exercise. It didn’t end the issue conclusively however, the variant is found in 45 per cent of Europeans, but just five per cent of people of African descent4. This indicates other factors play a part in developing the condition while other studies show that even those susceptible to obesity can still lose weight despite the gene5.

The ability to shed weight increased dramatically - even while sleeping

It has been 17 years since the human genome was first sequenced and since then the cost of sequencing has come down from £2 billion to sequence the first, to under £800.

Genome mapping quickly led to advances in cancer treatment, but what can a patient’s genome reveal about their susceptibility to obesity and, combining this information with the latest advances in gene therapy, particularly CRISPR, can personalised genomic medicine cure obesity?

Trials carried out by researchers at MIT and Harvard used the revolutionary CRISPR technique to replace the obesity gene in mice with the correct sequence. The ability to shed weight increased dramatically compared to a control group, despite a high fat diet and thermogenesis continued even while sleeping6.

What is personalised medicine?

Personalised medicine is simply the act of tailoring medication specifically to an individual. This is no innovation, doctors have always prescribed different courses of medication for different people but as more information about a patient can be gleamed, the more accurate and customised treatment can be recommended.

The amount of information per patient possible expanded dramatically with the ability to map a person’s genome. Having this information can indicate not just how well a patient may respond to certain treatments but also provide reliable indicators as to what diseases an individual may be susceptible to – most famously Angelina Jolie underwent several surgeries due to the likelihood of developing cancer. It is no longer even necessary to map an entire genome, with tests capable of analysing specific sectors gaining wider usage.

6.5 per cent of all admissions to UK hospitals are related to adverse drug reactions, at a cost of £1 billion per year

The ability to tailor medication to individual patients not only improves the chances of providing effective treatments for patients and waylaying future diseases could even save costs.

A study headed by Sir Munir Pirmohamed, NHS chair of pharmacogenetics, at the University of Liverpool showed that 6.5 per cent of all admissions to UK hospitals are related to adverse drug reactions, at a cost of £1 billion per year7.

Aside from bariatric surgery, what medication there is for obesity is limited to short term courses aimed at reducing appetites; there are no medications for metabolism.

With more information around the FTO gene, as well as other genetic indicators, and the advances in the CRISPR gene editing technology, researchers are confident more effective medications can be created in the next few years.

So how far along are these developments, and what areas are researchers working in to find new treatments? Looking at the innovation profile of all patents containing the words “obesity”, “treatment” and “personalised/personalized medicine”:

Innovation in the space has increased dramatically since 2001, immediately after the human genome was first mapped.

Looking at the locations where these patents have been filed:

From the graphic above, the only jurisdictions shown are Westernised, developed countries who feature heavily in lists of the world’s most obese nations:

When looking at almost any other branch of medicine:

Both China and Japan play an influential role in medical development.

The details of the obesity and personalised medication patents focus mainly in areas of chemical research, representing 67.4 per cent of all patents:

This suggests a priority is being given to drugs rather than any surgical method or wearable device.

The debate over the solution to obesity seems to only intensify, to the point of whether it even is an issue. While this debate rages on the costs to treat even just conditions associated with obesity continue to increase, £16 billion for NHS England alone6.

Developing personalised medicines to reduce these symptoms will be an expensive shift in priority but will improve standards and reduce costs elsewhere on already strained medical services.

Perhaps what’s almost entirely unique about obesity as a condition is that it is entirely feasible that for the first time in history, a cure for a disease may be found before there is even public consensus that one is needed.

While researchers are keen to stress the point that they are neither working on, nor expect to find, a silver bullet for obesity that allows anyone to eat whatever they like and never gain weight, the advances in genetic sciences, both in mapping and editing, suggest that maintaining a healthy weight could soon be struck off the list of daily stresses. 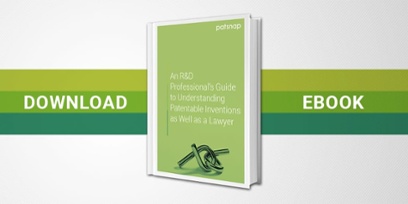