Last week, we discussed how a rising global population places strain on methods of food production and how technological advances could be used to feed 10 billion people.

But that was only half the tale. Providing food security to so many people relies on technological innovations to solve problems at such a scale that IP conflicts occur regularly. Unfortunately, a system designed to protect and incentivise innovation can actually stifle development and even exacerbate issues.

In this article, we will look at the role IP plays in agriculture and how that impacts a stretching global food chain.

What is food security?

The United Nations Committee on World Food security defines food security as “the condition in which all people, at all times, have physical, social and economic access to sufficient safe and nutritious food that meets their dietary needs and food preferences for an active and healthy life”1.

With the rise in global population, urbanisation and climate change, rising food prices have created uncertainty for the world’s food security. The challenges we face in facilitating food production are always evolving.

The prevalence of undernutrition, obesity and hunger mean one in three people worldwide suffer from malnutrition. In the next 35 years, we will need to produce more food than all the food ever produced in human history combined2.

Researchers from around the world are trying to solve the problem of food security by investing heavily in intensive agricultural and biotechnological research.

Undernutrition, obesity and hunger mean one in three people worldwide suffer from malnutrition

Intellectual property protection creates a framework to support and protect researchers and their projects. The promise of legal protection offers the incentive to work on a variety of issues or ideas.

In Diamond v Chakrabarty, the respondent Chakrabarty had genetically engineered a bacterium capable of breaking down crude oil and sought to protect this with a patent. His patent was rejected under Title 35 U.S.C Section 101 on the basis that living things are not patentable. This decision was reversed by the Court of Customs and Patent Appeals. Diamond appealed the case.

The court ruled a human-made living organism was patentable.

Although natural laws, phenomena and newly discovered minerals are not patentable, an artificially engineered microorganism is. The creation of the bacterium is not a natural phenomenon because it is manufactured by science.

Under Section 101, Chakrabarty’s bacterium constitutes “composition of matter” or “manufacture” and its ability to break down crude oil makes it useful.

This case clarified whether artificially modified organisms are patentable and led to a large number or biotechnology and agricultural firms patenting genetically modified seeds and microorganisms.

However, some companies have used biotechnology on indigenous plants in developing countries without the local’s consent or knowledge, posing a concern for the role of intellectual property in the global food supply3.

IP protection promotes innovation by attempting to provide a solution through incentivising research in this area. Conversely, it can hinder development of food in developing countries by selling to farmers at premium prices which results in raised food prices.

According to Devlin Kuyek, “patent proponents keep banging on about the importance of IPR [intellectual property rights] for access and innovation. The evidence stands against IP, it restricts the flow of germplasm, reducing sharing between breeders, erodes genetic diversity and stifles research4.”

Governments have tried to implement various systems intended to promote innovation and plant variety protection (PVP). With patented technology, scientists can rate the quality of genetically high yielding GM seeds and crops. Although this is beneficial and promotes further development, it can also disrupt techniques that farmers have used for centuries in the developing world. This has made it difficult for some developing countries to implement any form of PVP.

The International Union for Protection of New Varieties of Plants (UPOV) based in Switzerland requires that governments provide protection for plant breeders internationally. Under this act, a breeder is a person who has bred, discovered or developed a variety. The act requires the state to use UPOV to protect at least 15 plant varieties within 10 years.

This act also allows member states to protect the same plant variety with both the breeder’s rights and a patent. There is an implicit requirement that discovered varieties of plants are protected.

Findings have shown countries such as China, Korea and Vietnam, use this system for domestic applications rather than non-domestic purposes. The system also leads to more diverse breeders by encouraging breeding activity and investment in plant breeding.

A seed certification scheme highlights the importance of new protected varieties which help make up the proportion of diversified seeds and contributes to improved varieties by incentivising development.

Additionally, by being a member of UPOV, the availability of foreign breed varieties is increased.

However, there are some limitations to the UPOV5 including:

This restriction has proved controversial and breeders cannot agree on a definition of the minimum genetic modifications needed to be considered as not derived from an earlier variety.

UPOV doesn’t authorise farmers to sell or exchange seeds with other farmers; farmers regularly exchange seeds in developing countries to bring more variety to their crops.

For example, GM seeds for corn (maize) may be popular in South America but not necessarily in South or South East Asia where rice is the main staple. If farmers in South East Asia are restricted from growing enough rice in line with the dietary needs and expectations of the locals.

Although UPOV is intended to create protection for breeders, it does not. Farmers can submit applications to protect plants but most farmers, especially in developing countries, do not have the means to do this or their innovation doesn’t fall within the value system created by UPOV.

Although UPOV is intended to create protection for breeders, it does not

Can TRIPS provide a better solution?

TRIPS, Trade Related Aspects of Intellectual Property Agreement, is the only treat that aims to create universal standards of protection in intellectual property; its adoption has encouraged legal protection of plant varieties.

TRIPS has set out guidelines and restriction on IP across several countries. Under Article 27 of the TRIPS agreement, patents shall be available for any invention in all fields of technology. Section 2 (b) states that “members may exclude from patentability, plants, microorganisms and biological processes for the production of plants or animals other than non-biological and microbiological processes. However, members shall provide for the protection of plant varieties either by patents or by an effective sui generis system or a combination.”6

While the TRIPS agreement doesn’t specify a certain requirement as such, it asks member states to adopt an effective provision within their national laws to permit patent owners to enforce their rights against an infringer.

Some developing countries that have not adopted a robust IP system have instead facilitated a unique (sui generis) system using UPOV or other means which has given them the flexibility to protect their plants and crops without imposing a patent on them.

Some argue that having a patent hinders innovation because it restricts farmers sharing resources and placing genetically modified seeds in the hands of large conglomerates. By having sole access to seeds, conglomerates can achieve monopolies.

Farmers in developing countries would have to pay a higher price to use only a few varieties of seeds which leaves little room for natural selection and resistance.

As more companies attempt to protect their genetically modified crops using patents, innovation in the agricultural industry will slow. Patents protect for 20 years, in which time nature may take its toll. This limits other researchers from studying further into these crops and developing better resistant crops.

There needs to be continuous development and research into different varieties of crops to allow for science to account for and overcome common agricultural issues like new strains of diseases, droughts or floods.

The sharing of resources needs to happen between companies and they need to work together rather than chase monopolies if they want to feed the world’s population.

A change in the legal system to support agricultural growth is needed. Rather than a 20 year standard period, patent applications should be considered on a case by case basis depending on the implications of restricting access.

Food is a basic human right; feeding the global population should prevail over the patent system.

With a changing climate, the viability of growing crops is also an issue, so researchers need to work quicker to find a solution. By having a shorter patent term of between five and 10 years, researchers can keep up with the pace of nature and provide better solutions to support breeders and farmers worldwide.

Alternatively, the patent system could also provide an exemption for breeders and farmers, that promotes innovation and incorporate breeders’ rights. The line between nature and artificial interference was drawn four decades ago in Diamond vs Chakrabarty, it’s time for a rethink. 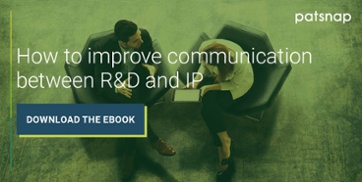