This year, the World Intellectual Property Organisation (WIPO) is celebrating innovations that helped to make the world healthier, safer and happier.

For our part, we wanted to look at some of the most significant patents in history and this list is by no means small, the internet, the lightbulb, the aeroplane, mobile phones, all could have made the list.

Instead, we have kept it as simple as possible and chosen one patent per aspect of our lives improved.

Famously discovered by Alexander Fleming by accident, penicillin is an antibiotic produced by bacteria and fungi which can kill and inhibit microbial species.

In 1928, Fleming, a professor of bacteriology at St Mary’s Hospital, returned from holiday and began sorting petri dishes of Staphylococcus, a bacterium which causes sore throats, boils and abscesses. He found a blob of mould in one area with no bacteria colonies surrounding it, as if the mould was inhibiting bacterial growth. This was later identified as a strain of penicillin. The mould was capable of killing harmful bacteria such as streptococcus, diphtheria and meningococcus.

His assistants set out to isolate the penicillin but failed. It wasn’t until research at Oxford University that it was transformed from the lab into a lifesaving drug by purifying the penicillin in 1939.

Fleming never patented penicillin, believing this would allow wider access to the lifesaving drug. However, it remained difficult to mass produce. Andrew Moyer, at the time working in USDA’s Northern Research Laboratory found the solution; he determined that the penicillin needed to be cultured in a mix of corn steep, lactose and liquor to increase the yields. This led to industrialised penicillin production and he filed a patent for his methods in 1945 which was published three years later.

Penicillin saved literally millions of lives in the 20th century and the discovery earned Fleming a place on the list of the century’s most influential people.

Alexander Graham Bell secured the first patent for a telephone but who invented it first has been the subject of dispute ever since. The debate is not just whether Bell’s ‘acoustic telegraph’ invention was better than American Elisha Gray’s water telephone but whose came first.

In a rare, and some would say cruel, twist of history, both Gray and Bell went to the patent office on the same day, with Bell filing first by mere hours.

A third inventor, Italian Antonio Meucci has been largely overlooked by history.

The first phone call Bell made was to Thomas Watson, his assistant and the first words spoken were “Mr. Watson, come here, I want to see you.”

The first car engine was developed by Carl Benz, the Benz in Mercedes-Benz, in 1879. The innovation, a two seated vehicle, was completed in 1885 while the milestone patent, for a “vehicle powered by a gas engine” was filed in 1886.

The vehicle’s first use – by Benz’s wife Bertha and their two sons without her husband’s knowledge – was the first long distance journey in automotive history. They went from Mannheim to Pforzheim, a journey of 180 kilometres and demonstrated the wonder of automotive travel to the world.

Benz went on to develop and patent other automotive components including the double-pivot steering system and the twin engine.

The automobile changed transportation globally and irrevocably; people were no longer bound to one place. Suddenly, much more flexible living choices such as working further away and travel to new places became available to millions more.

Before the semiconductor, electronics were limited to vacuum tubes.  Scientists made significant advancements such as placing electrical mesh between electrodes in a vacuum to amplify electrical current, developing integrated transistor amplifiers, and integrating a variety of electronic components in a monolithic semiconductor crystal.

In 1958, there was a breakthrough when three fundamental problems that hindered the production of integrated circuits were solved. Jack Kilby of Texas Instruments patented the first prototype integrated circuit and Kurt Lehovec of Sprague Electric Company developed a way to electrically isolate components on a semiconductor crystal.

The semiconductor started the technological revolution. If it wasn’t for the integrated semiconductor, we wouldn’t have computers, internet, televisions, printers, cars, trains, airplanes or most electronic devices.

It’s hard to image a world without these. 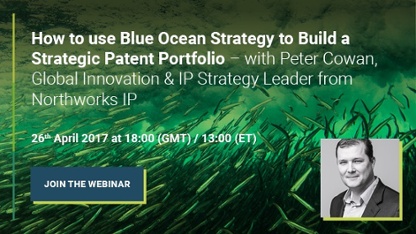