Interplay between patent law and reproducibility

A patent is a legally granted right to manufacture, use, or sell an invention for a certain number of years, and to exclude others from doing so. Patents are granted in exchange for the detailed, public disclosure of the invention they describe.

The two fundamental tenets of patent law which need to be met to secure full protection are known as the ‘enablement requirement’ and the ‘utility requirement’.

The enablement requirement is defined as ‘any reasonably skilled person in that art must be able to make and use the invention claimed in the patent’1. This is known as “reproducibility”, and is an essential element of ensuring fairness in the patent system, as once a patent expires, it becomes available for anyone to commercialise.

As an invention is only patent protected for 20 years, it can be said it is in the patent holder’s interest to obfuscate or omit certain claims made in the patent application to limit the ability of a competitor to reproduce the invention once they are no longer limited by law.

This approach has an inherent danger; if an enterprising competitor can reverse engineer the invention using only the sparse details in the patent and find a new use for the invention, the original patent may not offer the comprehensive protection it could have if all details had been fully disclosed.

Therefore it could also be said it is in the patent holder’s interest to be as transparent and plain as possible in any and all patent applications to ensure they are protected as possible. Yet the obvious issue in this approach is that as soon as the patent expires, anyone and everyone can capitalise on the inventor’s work.

These two possibilities present different risks and rewards, it is up to every patent applicant to decide which approach they take.

How does patent law encourage this confusing, and potentially disastrous situation and what changes could be made to protect and promote innovation?

The challenge of reproducibility

The pharmaceuticals industry has become a source of concern with regards to patent accuracy and reproducibility. The BBC reported last week that just two of five landmark cancer treatments could be confirmed when trying to replicate experiments and as many as 70 per cent of scientists had failed to replicate a peer’s findings.

This repeated failure has been blamed on attempts to sanitise or make discoveries digestible for publication in scientific journals. While this is certainly a problem, as many of these treatments will ultimately become commercialised medicines, the lack of reproducibility in experiments is an even larger concern – especially if the inability to reproduce a result is the deliberate intention of an inventor.

Reproducibility is often a simple consideration for patent examiners or for companies seeking to evaluate or invalidate existing patents. For example, when considering a patent for a simple electrical device such as a radio, technical drawings and descriptions will typically provide adequate levels of detail for an engineer with basic skills to be able to recreate the invention described. Any omissions or hidden details that would make the object unusable would most likely be obvious to the engineer.

However, in the pharmaceutical industry, reproducibility is a much more complex issue. The process of drug development involves combinations of thousands of complex chemical structures, with small variations in the proportions of each molecule having a significant impact on the final invention and its efficacy. In order to reach commercialisation, these compounds must be proven to be both effective and safe, which can only be done via costly clinical trials and FDA approvals. Thousands of compounds might be developed and tested over the course of many years just bring a single new product to market.

Reproducibility can become an issue due to intense competition, the extremely high cost of drug development, and the emphasis this creates on filing patents at the earliest possible stage.

Prempro, developed and patented by Wyeth Pharmaceuticals is a notable example of a patented drug lacking replicable results. The original patent related to postmenopausal hormone-replacement therapy (HRT) which mimics the pre-menopausal state to relieve symptoms.

Prempro was claimed to prevent post-menopausal disorders, yet the preclinical study was conducted on only 30 participants. When the National Institute of Health (NIH) later conducted trials of the drug on a larger, randomised scale it found the results were irreproducible. In fact, the drug had the opposite effect and actually increased coronary events by 29 per cent2.

This demonstrates how irreproducibility of research, coupled with the urgency to patent can be extremely risky. It is vital that researchers conduct preclinical studies with a large and randomised sample size to identify any anomalies or differences in results.

A survey carried out by Nature questioned 1,567 researchers on reproducibility in research; over 60 per cent of respondents said the pressure to publish their research and selective reporting led to problems in reproducibility. According to Judith Kimble, developmental biologist at the University of Wisconsin Madison, competition for grants and the growing burden of bureaucracy takes away time spent on doing research thoroughly3.

Although patents are intended to promote and protect scientific discovery, the legal framework and historical decisions do little to encourage reproducibility, particularly in the trillion-dollar pharmaceuticals industry. Patentees may find loopholes in the legal framework by filing patents in other countries if they have discovered new results. This would provide an alternative route for patent filers who have hastily published their research under pressure.

It could be argued that this intense competition in the pharmaceutical industry combined with the high cost of R&D results in many companies filing patents before fully testing and replicating research, leading to inadequate or inaccurate patents.

But it can be difficult to determine whether a patent’s result is inaccurate or irreproducible because of an intentional decision by the patentee to prevent others from achieving the same result.

According to Francis S. Collins, former director of the National Institute of Health (NIH), a range of factors contribute to irreproducibility4 including:

Some scientists may decide to keep some of their methods a trade secret which can have huge implications on reproducibility because it prevents peer review and/or the FDA to verify results.

As mentioned above, a patentee may not disclose all their findings in an application, potentially in an attempt to prevent reverse engineering and to retain a monopoly even after patent expiry. This attempt inevitably leads to irreproducible results being report.

By disclosing all results and methods, the potential for reverse engineering is greater but by not doing so, a patentee risks incomplete protection if someone manages to reverse engineer anyway – especially if they then claim a new use not already protected by the original patent holder.

There is also confusion between the “utility” and “enablement” doctrine of patent law. The utility doctrine, which is mainly concerned with whether the patent describes a use for its invention, asks whether an invention is possible5 whereas enablement asks whether it is reproducible. Courts can often merge the doctrines which has often led to patents for inventions which are possible but not reproducible.

This was discussed in Process Control Corp v HydReclaim Corp (1999). HydReclaim Corp filed a patent directed to continuous gravimetric blenders, a technology used by the plastics industry. This involved a method for regulating the quality of blended material in the plastics production process by monitoring the change in weight of materials, which was challenged by Process Control.

Process Control reasoned the term “discharge rate” in the patent claim must have the same meaning throughout. The Process Control argued the original definition used in clause (b) of the patent application changed in clause (d), implying that another scientist would not be able to reproduce the same result from the claimed method because it lacked clarity.

The Federal Circuit stated that a term cannot be given a secondary meaning unless the patent clearly redefines the term such that a reasonably skilled person in the art would understand that the patentee intended to redefine the term .

The Federal Circuit concluded this was not the case here; the claim was ruled invalid because its proper construction rendered the claim inoperative and therefore unable to fulfil the utility and enablement requirements6.

From this case, the invention is possible (fulfilling the utility requirement) yet the method is not replicable. Nevertheless, the courts merged the doctrines by holding that it didn’t meet the utility and enablement requirements.

Patentees in the pharmaceutical industry are often encouraged to file early and for broader classifications. This frequently leads to scientists filing patents that claim methods for treating a broader classification of disease even if there is little preclinical data to support this. This leads to filing patents that are possible and have a use but where the results are not replicable.

Patents are intended for scientists to declare and disclose everything in their invention. However, some patentees do not want to lose out on their monopoly after 20 years so they make it difficult to replicate their process by not disclosing their inventions fully. This is entirely against the idea of a patent.

This is often made worse by courts who merge the utility and enablement doctrines, reducing clarity of a valid patent and leading to irreplicable results. This is why three in five so called revolutionary cancer treatments cannot be replicated.

The solution for this would be to incorporate a peer review criteria through the examining process after the patent has been applied for. This would force pharmaceutical companies to prioritise certain patents capable of passing peer review criteria as well as encouraging more due diligence before applying for a patent. Weaker patents which do not hold up to scrutiny would also be minimised, purifying medicine and encouraging research and development on proven drugs.

While many pharmaceutical companies would argue this approach could impact their bottom lines, it is essentially only enforcing the laws in place, as well as fulfilling the original intention of the patent system. 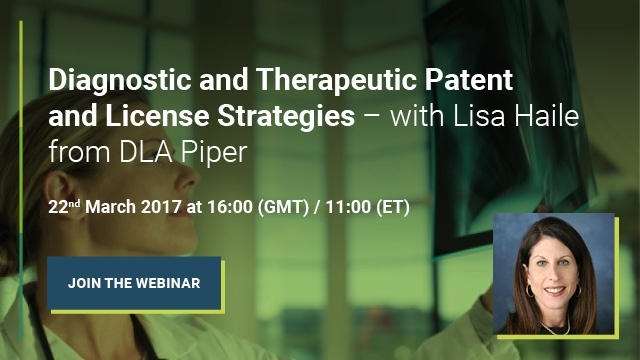