5 protein sequences that could change the face of immuno-oncology

Turns out the human body houses the most wonderfully elaborate jigsaw puzzle you will ever see. Proteins. Antigens. Interleukins. And more. All interlocking neatly and with great selectivity. Each holding a unique key or keyhole that defines which cellular doors can or cannot be opened. These building blocks of life exhibit idiosyncrasies that can help us overcome mind-bending medical challenges—including in immuno-oncology.

The systematic exploitation of the body’s natural immune response to fight aggressive illnesses (immunotherapy)—including cancers (oncology)—is gaining popularity. The market for large molecule drugs, also known as biologics, is expected to reach $399 billion by 2025. This class of drugs is typically more effective against the most lethal forms of cancer and operates with near-surgical precision—all thanks to the specificity with which they’re engineered.

The advent of biologics means that instead of pumping the body full of cytotoxic chemicals, we can pinpoint malignant tumours and limit cytotoxicity to their micro-environment. In this article, I will itemise an admittedly subjective list of five biologic protein sequences that could transform immuno-oncological outcomes. I’ve included two failed drugs—but, in my defence, there are good reasons why.

The process of programmed cell death—the natural mechanism by which a cell is destroyed—is useful in many ways. It helps the body get rid of damaged cells and plays a key role in regulating immune response. The process can be triggered through an interaction between the programmed death protein 1 (PD-1) receptor and the programmed death-ligand 1 (PD-L1). Healthy cells will have PD-L1 on their surface which will bind to PD-1 on immune system cells (to prevent T-cells from becoming overactive and accidentally destroying healthy cells). But cancer cells will sometimes retain on their surface PD-L1, triggering the programmed death pathway within T-cells—this inhibits their growth and response.

To avoid getting attacked, cancer cells essentially trick immune cells—T-cells and other cells that mark pathogens with antigens so the immune system knows where to strike.

Avelumab works by blocking the interaction between the PD-1 and PD-L1 receptor-ligand complex, so the body’s immune response isn’t suppressed by cancer cells. This biologic belongs to a group of “immune checkpoint blockade therapies” (an expression indicative of the process I’ve just described). According to DrugBank, “Avelumab has also been shown to induce antibody-dependent cell-mediated cytotoxicity (ADCC) in vitro.”

My initial search returned several results, so I filtered by the drug’s targets “PD-1” and “B7.1". This left me with four sequences having 99% or more sequence identity to Avelumab’s, based on a Basic Local Alignment Search Tool (BLAST) analysis.

I selected the sequences with a 99% identity score or above, and analysed the patents in which they appear. Surprisingly, I found a patent describing a process seemingly identical to Avelumab’s mechanism of action. Unsurprisingly, this patent is owned by Merck (EMD Serono’s parent company). Avelumab’s promise is reflected in the fact that this patent, filed in March 2017, is already valued at a whopping $6,150,000.

Merck appears to be aggressively reinforcing its protection of uses of this sequence—the patent above is part of a family containing 29 documents. Merck is also filing patents relating to other uses—such as this patent concerning “PD-L1 antagonist combination treatments”. Although Merck’s income declined 42% in Q2 of 2018, Bavencio (Avelumab) continues to increase in sales—Merck is, rightly, protecting the goose that lays the golden eggs.

Other companies patenting around this sequence include Pfizer, Acerta Pharma and Iteos Therapeutics. Anyone working on a biosimilar of Avelumab would be wise to tread *extremely* carefully. 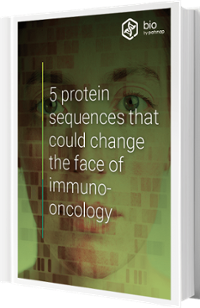 This article is fairly long...

How about you download it in PDF format and read at your convenience?

What’s a failed drug doing on this list? Well, there’s more to this one than meets the eye and Tositumomab could be set for a comeback more sensational than the Karate Kid’s.

The cruel irony of lymphoma is that it originates in the infection-fighting cells of the immune system (lymphocytes), causing them to transform and grow out of control. However, these cells also have an important “keyhole” and scientists have found a “key” which opens the door that might lead to their regulation.

Tositumomab involves the production of the murine (from a rat) IgG2a lambda monoclonal antibody that binds to the CD20 antigen (a substance that triggers an immune response in the body). Since the CD20 antigen is expressed on more than 90% of B-cell non-Hodgkin's lympohomas, Tositumomab facilitates the selective killing of B-cells.

CD20 found on mature B lymphocytes (white blood cells) binds with Tositumomab, leading to apoptosis (a type of programmed cell death). It also leads to complement-dependent cytotoxicity (the creation of an environment toxic to living cells) and cell death through ionizing radiation.

Due to poor sales, the drug was voluntarily withdrawn in July 2014. However, work on the antibody did not stop. A Medcape article published on 23 August 2018, reveals the current state of play. Vinay Prasad, MD, from the Bloomberg School of Public Health, Johns Hopkins University, expresses some scathing views of Tositumomab. He suggests the drug was withdrawn because it had poor efficacy, not because of poor sales. “The 'right' story of Bexxar might not be that it was a good drug that didn't sell," he explained.

Mark Kaminski, MD, professor of haematology at the University of Michigan in Ann Arbor—who helped develop the product—hit back. He shared his sadness that patients with relapsed refractory lymphoma would no longer benefit from Bexxar, due to purely financial reasons. He’s now working on bringing to market a generic molecule (biosimilar) that will work just like Tositumomab did. My research shows he’s not the only one of this mind.

A study published in the Journal of Clinical Oncology (March 2018)—involving Dr Kaminski—shows experimentation with Tositumomab is ongoing and yielding promising results.

So, I analysed the drug’s protein sequence using PatSnap Bio. Then I refined the results based on the drug target (“CD-20”) and patent legal status (showing only “active” or “pending” patents).

I found that almost all patents containing sequences with an identity score 99% and above belong to Acerta Pharma (owned by Astra Zeneca).

Several of the patents filed by Acerta, including this one protecting an invention concerning “BTK Inhibitors to Treat Solid Tumors Through Modulation of the Tumor Microenvironment”, are focussed on immuno-oncology.

Claim 40 in the patent document states:

“The method of claim 39, further comprising the step of administering to the human a therapeutically effective dose of an anti-CD20 antibody selected from the group consisting of rituximab, obinutuzumab, ofatumumab, veltuzumab, tositumomab, ibritumomab, and fragments, derivatives, conjugates, variants, radioisotope-labeled complexes, and biosimilars thereof.”

At the time of Tositumomab’s withdrawal, Anas Younes—Chair of the Lymphoma Service at Memorial Sloan-Kettering Cancer Centerin New York—said, “It’s a shame to see this being pulled off the market…If you look at this drug, it has about a 70% response rate, in one shot. You don’t have to keep giving it for 2-3 years. It’s simple, with not much toxicity. Many patients could have benefitted.”

Could Acerta Pharma, after a few years of tinkering, bring an even better version of this celebrated drug back to market?

As well as holding the award for “Drug Name Most Likely to be Appropriated by Science Fiction”, Technetium Tc-99m  Arcitumomab is the only diagnostics drug on my list.

One of the most important aspects of treating cancer is the ability to accurately identify primary sources of cancerous cells, metastasis and progress after treatment. The more ease, speed and accuracy we can introduce to this process, the better.

This drug involves the covalent bonding of the radioactive agent Technetium Tc-99m, to the antibody Arcitumomab, which binds to carcinoembryonic antigen (CEA)—which is usually overexpressed by many types of cancerous cells. Using the pinpoint accuracy of antibody-antigen binding, Technetium Tc-99m Arcitumomab allows us to paint colorectal tumours in radioactive materials. The drug’s radioisotope emits photons that can be detected by single photon emission computed tomography (SPECT), allowing us to generate high-resolution images that reveal localisation, remission or progression, and metastases of cancer cells.

Technetium-99m is a widely used medical radioisotope in diagnostic procedures—the brilliance of this drug lies in the engineering of the “piggyback” mechanism through which Technetium-99m hitches a ride on Arcitumomab to high-value targets.

When I analysed the drug’s sequence, refining by sequence identity percentage scores and patent legal statuses, I found only one relevant patent.

This patent revolves around a sequence that has a 100% identity score when compared with Technetium Tc-99m Arcitumomab’s. It is owned by the City of Hope National Medical Center and concerns “Meditopes and Meditope-Binding Antibodies and Uses Thereof”.

Further research shows we owe our understanding of the “piggyback” mechanism described to the “meditope”—a unique binding site in the Fab region of an antibody. This was discovered at City of Hope and is now being built upon by other innovators.

Platelet-derived growth factor receptor A (PDGFRa), once activated, stimulates signalling pathways that elicit responses such as cellular growth (among others). Fortunately for us, this receptor is also present on cancer cells.

Olaratumab is an antibody that selectively binds—with high affinity—the PDGFRa on cancer cells and tumour stroma, blocking the ligand-dependent signalling of cellular growth. Basically, it stops cancer cells from growing. According to DrugBank, “When used in a combination therapy with Doxorubicin [a chemotherapy drug], Olaratumab improves progression-free survival in patients with advanced soft-tissue sarcoma.”

Olaratumab belongs to a class of IgG (immunoglobulin G) antibodies that work via agglutination (clumping together of cells/pathogens), there by immobilising and binding pathogens.

When I analysed Olaratumab’s protein sequence and filtered my results to show only active or pending patents mentioning the target “PDGFRa” in their TACs (titles, abstracts or claims), only three relevant patent families (15 documents) remained.

These all had 99% or above identity scores and belong to ImClone Systems (“C/O Eli Lilly”, Olaratumab’s manufacturer). One patent appears to cover an invention mirroring Olaratumab’s mechanism of action, and all three patent families relate to immuno-oncology.

The highest-valued patent of these is estimated to be worth $7,960,000—Eli Lilly, like Merck, appears to be reinforcing the fortress around its prized gem and (so far) no one has dared to attempt an infiltration.

Gemtuzumab Ozogamicin is an antibody, carrying doses of an anti-tumour antibiotic (calicheamicin), that binds to the CD33 antigen on tumours. It acts as a cytotoxic agent that blocks the growth of cancerous cells and causes cell death. Mylotarg achieves this outcome through a mesmeric sequence of events. When the anti-CD33 part of the drug (antibody) binds with the CD33 antigen, a new complex is formed and internalised by cells. After the internalisation of the new complex, the calicheamicin derivative (anti-tumour agent) is released inside the lysosomes of the myeloid cell (bone marrow cell). The calicheamicin derivative then binds to DNA, causing double strand breaks and (eventually) cell death.This represents, perhaps, one of today’s most intricately choreographed (and welcome) cellular break-ins.

Sadly, Mylotarg was voluntarily withdrawn in 2010 “due to safety concerns, increased patient deaths and insufficient evidence of clinical benefit during confirmatory trials”. However, a comeback could be on the cards after years of careful experimentation with dosages and alleviation of toxicity.

The FDA’s decision on Gemtuzumab was the result of “a careful review of the new dosing regimen, which has shown that the benefits of this treatment outweigh the risk,” according to Richard Pazdur, MD, Director of the FDA’s Oncology Center of Excellence. If its toxicity issues are eliminated, Mylotarg could represent a great leap forward in immuno-oncology.

When I analysed active or pending patents relating to sequences identical to Gemtuzumab Ozogamicin’s, I found there were none!

From a freedom to operate (FTO) point of view, this is excellent news. So, if you’re an innovator working on Gemtuzumab Ozogamicin or biosimilars, your window of opportunity to protect your discoveries is open now.

Download eBook: the simpler and more powerful way to search and analyse sequences

This eBook explains how PatSnap Bio simplifies and supercharges the process of searching and analysing DNA, RNA and protein sequences. 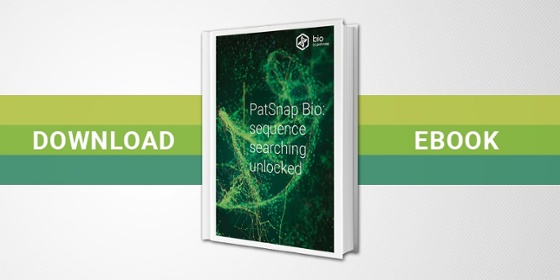