What can the automotive industry borrow from life sciences?

Ever wondered what happens if a driver has a heart attack at the wheel? Car makers and academics are addressing that question – and how on-board health sensors and the data they produce can be commercialised.

The car is many things to man and woman: transport, protective exo-skeleton, status symbol. Now it is set to take on a new role – that of doctor and carer.

“The car [will become] a kind of giant Fitbit”Dr Ian Pearson, futurologist

It is not before time. There’s a niggling fear that no driver can fully banish: being overcome by illness while behind the wheel. What would happen if they had a heart attack, stroke or seizure? How would they get themselves to safety?

Fortunately, automotive R&D exists to ponder these questions. And researchers around the world are rushing to bring to market technology that detects the symptoms of acute illness in drivers.

This is especially important with an ageing population. Some 4.5 million people over the age of 70 have a full driving licence in the UK, according to the Department of Transport. That number is growing.

Once illness has been identified in a driver, this new breed of car will take control and find a place to stop. It may transport drivers to the nearest hospital, calling ahead so paramedics can anticipate their arrival.

“We already have systems that use data from steering-wheel movements or facial monitoring to detect potential problems such as driver fatigue,” explains futurologist Richard van Hooijdonk. “So it’s a logical next step to develop a system that keeps tabs on your health while driving.”

Logical it may be, but that doesn’t answer a more fundamental question for car makers. Will the technology ever make it into production vehicles?

The way things are

To answer that, it’s worth considering the trajectory of innovation in the automotive industry. Five years ago, the buzz was about autonomous and semi-autonomous vehicles, or so-called driverless cars. Mainstream manufacturers such as Volvo, BMW and Toyota pledged to deploy the technology before 2020.

If the latter are erratic, indicating the driver is drowsy or distracted, it uses alerts to rouse them. It also gently adjusts steering to keep the car between the lines, without driver input for 30 seconds.

This shows the capacity of modern automobiles to operate in what Volvo safety strategist Anders Eugensson describes as an “unsupervised” fashion, monitoring the road to work out how best to manoeuvre. The next phase of innovation switches this focus, by monitoring drivers themselves.

The heart of the matter

So it is that Dr José Solaz, innovation director in automobile and mass transport at the Institute of Biomechanics of Valencia (IBV), has recently led an EU-funded project to weave health monitors into the fabric of car seats and seat belts. These can spot if a driver is drowsy or suffering from symptoms associated with a medical complaint such as a heart attack.

“The idea was to integrate the health-monitoring equipment used in hospitals into a car’s interior,” Solaz explains. “Our role was to assess textures and materials that would facilitate such a deployment, creating the possibility of cars that can measure a driver’s heartbeat and other related health indicators.”

“The idea was to integrate the health-monitoring equipment used in hospitals into a car’s interior”Dr José Solaz, Institute of Biomechanics of Valencia

The sensors in question are small, says Solaz, and wouldn’t be noticed by the average motorist. They are mounted between layers of interior fabric and cost as little as €30 (£26) to make and fit.

Cost-effectiveness aside, the challenge lies less in producing and installing such health sensors. It is more about developing algorithms that enable the interpretation of the data being recorded.

“The key to this technology is the capacity to identify what the symptoms being displayed by a driver point to,” he says. “That requires precision from the electronics and a degree of artificial intelligence that leads to discernment about the likely causes of, say, a raised heart rate or rapid breathing.”

A similar challenge faces Professor Tilak Dias and William Hurley in their £88,000 project at Nottingham Trent University, which they embarked upon with electronics company Plessey. This is a feasibility study to see if cutting-edge sensors can be installed in car seats to measure health information.

“Plessey has already demonstrated that cardiac signals can be measured unobtrusively using capacitive sensors mounted within the driver’s seat,” says Dias. “The requirement now is to improve the consistency and reliability of the data so that it can be used for the intended purpose.”

The hope is to overcome a stumbling block to the widespread commercial use of in-car health monitoring technology. It is one futurologist Dr Ian Pearson identifies with clarity. “It is very difficult to diagnose a medical emergency like a heart attack before it happens without a wealth of data, requiring very sophisticated monitors and expert interpretation,” he observes.

The car that knows what you’re thinking

According to reports, Jaguar Land Rover is considering the development of steering-wheel sensors that monitor brainwave activity as a measure of alertness. The car-seat maker Faurecia has developed a prototype to measure driver health indicators such as heart rate, respiration rate, body movement and temperature.

This is part of a wider R&D project by Faurecia, which focuses on the role seats can play in the overall driver experience, especially in autonomously-operating vehicles.

Alex Salmu, a project engineer at the company, says: “The future of vehicle interiors will focus on the user experience more than ever. In a world where distracted driving poses safety issues, fully autonomous vehicles present opportunities to expand the number of safe user activities available to occupants.

“In addition, I believe we will see increased vehicle seat integration with the surrounding environment to combat the issue of drowsy driving, as evidenced in our Active Wellness 2.0 concept seat.”

Oh, and then there’s the car that knows what you’re thinking. The McLaren MP4-X concept scans drivers’ brains to read their thoughts before they’ve had a chance to articulate them.

“Universities and companies are now able to understand brain patterns to an increasingly detailed level and then use this as a guide to how people are thinking,” says Jim Newton, marketing development director at McLaren Applied Technologies. “Effectively, the race team could read the driver’s mind, helping them optimise how they communicate.”

Glamorous as the McLaren concept sounds, Pearson predicts more mundane applications may be what lead to the adoption of in-car health sensors on production vehicles.

“Rather than being used in circumstances such as a heart attack, or to read the driver’s mind,” he says, “they could be used to aggregate data about their physical wellbeing, to illuminate lifestyle choices. So the car becomes a kind of giant Fitbit.”

This application would have strong appeal to customers, remarks Pearson, and may therefore make more commercial sense for manufacturers than the heart-attack-spotting car.

“Consider company car drivers as an example,” adds Selwyn Cooper, head of business sales at Volvo. “They spend a huge amount of time each day behind the wheel, making it the perfect opportunity to gather rich data about their physical and mental condition by means of in-car sensors.

“Given the current emphasis on employee health and wellbeing, I can see this having a very strong appeal among fleet operators in particular.”

One of the benefits of monitoring driver wellbeing by means of in-car sensors is the sheer quantity of data that can be collected. The average person gets a 10-minute check-up at the doctor’s every two years or so. In-car monitoring would offer hundreds of hours of data in a year.

The average person gets a 10-minute check-up at the doctor’s every two years or so. In-car monitoring would offer hundreds of hours of data in a year.

On an individual level, it provides a chance to take a record of a driver’s key health indicators, giving a fuller picture of their wellbeing.

At a corporate level, there’s scope to aggregate information from a very large sample of motorists. Such big data could illuminate policy decisions or facilitate the identification of health trends across the population.

Privacy would play a part in its long-term adoption, but it would also have to be accurate. Here Pearson sounds a note of caution. “The data recorded from people while driving may be atypical,” he observes.

“If we are stressed, because we’re running late for a meeting, say, or someone cuts us up, our heart rate may be faster and our breathing more irregular. But that may not be indicative of our general state of health. If trends are observed, or policy decisions made, on the basis of data accrued in these circumstances, they could be faulty.”

In Valencia, Solaz believes maintaining driver alertness is the most likely first application of in-car monitoring. “We’re still looking at the use of driver monitors to ascertain alertness,” he reports, “but not so the car knows when to take over in the event of drowsiness or a medical emergency.

“Instead, we want it to check that a driver is ready to retake control after a long period in autonomous driving mode. If he or she isn’t, the car needs to intervene, perhaps with an alarm or enforced rest break to liven them up.”

Given that autonomous cars are well on the way to becoming mainstream, this seems a more probable use of driver sensors in the short term than monitoring for illness or general wellbeing. The driverless car needs to be sure its occupant is up to driving.

And here is the point. Whatever shape the technology takes in the next five years, one thing has fundamentally changed – the age-old line of command between humans and their vehicles.

Nowadays, there’s every chance the car, rather than its driver, is calling the shots. 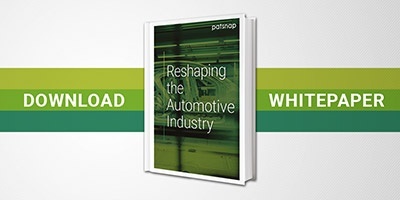