The race for the skies: 9 flying car designs

Uber announced this week the hiring of former Nasa engineer Mark Moore to work on developing a flying version of their lift service. Is this just a publicity stunt or is the technology closer than we might think?

Flying cars have been an imagined ideal for centuries and has been a perennial presence in every ‘city of the future’ and ‘society of tomorrow’ prediction since at least the late 19th Century. But the year 2000 came and went and we stayed thoroughly two-dimensional in our everyday commutes.

But now with new, lighter materials, more powerful batteries and the increasing popularity of drones leading to more research into the mechanics of flight, is the possibility of liberating the power of flight from airlines closer than ever?

The race to accomplish a viable, commercially affordable and, above all, practical flying car is especially interesting as the variety of potential designs is incredibly wide. There is no common theme of technology, from collapsible wings to fan-powered craft, whoever gets there first will surely set a solid paradigm for a newfound industry.

Here we look at some of the closest, coolest and craziest ideas for flying cars. 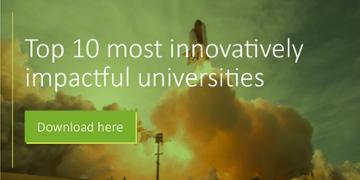