Synthetic biology is one of the newest and fastest growing fields in the scientific realm—with applications across chemicals, pharma, energy and agriculture (among others). The global market size is expected to reach $38.7 billion by 2020. It is the textbook definition of a rising tide.

This promising field can be described using a manufacturing-based extended metaphor, which I find quite apt:

While I’m aware the definition of “synthetic biology” is in flux—spanning everything from genetic engineering to synthetic chemistry—I think this conceit encapsulates meaningfully the fundamentals of the field. Crucially, it provides a good conceptual framework for analysis of trends in patents relating to synthetic biology.

I recently completed a report which analyses patent data relating to synthetic biology. The full 30-page report, which gives an overview of innovation trends in the broad field and within the components outlined above, comprises four parts:

This article summarises some of the key findings from the full report.

But why use patent data in this way? There are 100s of millions of (active and inactive) patent documents in existence today. Data points within patent documents can reveal important R&D and commercial insights. Data such as where these patents are being filed (geographically), by whom, in which technology areas, at what pace, to what end… and much more.

If you’d like to read more, this peer-reviewed paper by MIT scientists explains the power of patent data to forecast technological development.

But, for now, let’s dive into some of the trends that emerge when we analyse patents relating to synthetic biology. If you’d like to learn how we selected patents falling into the field of synthetic biology and access all analyses, download the free 30-page report on which this article is based.

Major trends in synthetic biology: microfluidics, universities and China on the up

My combined search on the entire synbio landscape yielded 24,070 total INPADOC patent family representatives (72,999 total patent docs). Of these, 6226 belong to an academy, 13,648 belong to a company, 5309 belong to a person and 548 belong to a government.

The rate of innovation (as signalled by patent filings) appears to be growing, but not at the blistering pace we might observe in other fields, such as blockchain or drones. It does take up to 18 months before patent filings are publicly disclosed, so the data we’re looking at is complete only up till 2016. We may yet see the 2016 and 2017 filing numbers grow.

Of these patent owners, the top companies—based on size of patent portfolio—are:

The overrepresentation of academic institutions in the top 10 list, despite the relatively small share of overall synbio patents held in academia, is not too surprising. While universities may not be volume dealers, they certainly seem to pioneer the most ground-breaking technologies—from CRISPR to synthetic artemisinin. If we zoom into the synbio patents owned by the University of California, we see they mostly fall under the following International Patent Classifications (IPCs):

IPCs are good proxies for understanding the technological areas into which patented inventions fall.

The most dominant terms within the University of California’s patents are “nucleic acid”, “microfluidic device”, “plant”, “synthetic”, “DNA”. And some of the most recurring phrases are “microorganism engineered to produce”, “potential for controlled microfluidic pumping” and “squamous cell carcinoma”.

Trends in the University of California’s patent portfolio are somewhat reflective of those in the entire industry. The top IPCs at that level are:

When we zoom into the area of enabling technologies for synthetic biology, we find the rate of innovation is growing—with an all-time high of 1041 patents published in 2016. We expect the numbers for 2016 and 2017 to rise even more. Microfluidics is a booming area, with the market expected to reach a value of $13.9bn by 2025—no surprise University of California is getting involved.

Hewlett Packard (HP) only recently began accelerating filings in this area. In fact, filings in 2018, so far, have already exceeded filings in any other year. HP is an established innovator in printer technology (one of the popular application areas for microfluidics), so its appearance isn’t necessarily surprising. However, my patent search query is limited to synthetic biology, so the trends we’re seeing don’t only reflect HP’s familiarity with printers—they also reflect its exploration of life sciences.

The company wants to apply its microfluidics technologies in adjacent life sciences markets.

“…at the heart of every HP printer is a very sophisticated microfluidic chip able to manipulate fluids with a performance unparalleled to almost any other industrial solution today… And microfluidics is one of the most exciting areas in the life sciences at present because it affords an opportunity for decentralization and automation of the biochemical and analytical processes associated with diagnostics, testing, and screening.”

Some smaller, yet revolutionary, companies that are new on the synthetic biology landscape include:

Emulate recreates for cells artificial environments akin to those in which they would exist within the body. This helps researchers more accurately predict how a human may respond to diseases, medicines, chemicals and foods—sans actual human testing. This promises to revolutionise bioscience beyond current limitations of cell culture and animal-based testing.

DNA Script says its “technology overcomes the current inefficiencies of synthetic DNA production, and enable[s] affordable, rapid, high-quality and high throughput production of synthetic biology tools, such as oligonucleotides, genes, pathways and genomes.” The company recently raised €11m in a Series A funding round led by Illumina Ventures and Merck Ventures.

How many more cross-industry applications exist in the world of synthetic biology? Who are the unexpected competitors or collaborators? Which revolutionary technologies are still at an embryonic stage? And what did we uncover about the US-China dynamic? Download the free 30-page report to learn all this and more. 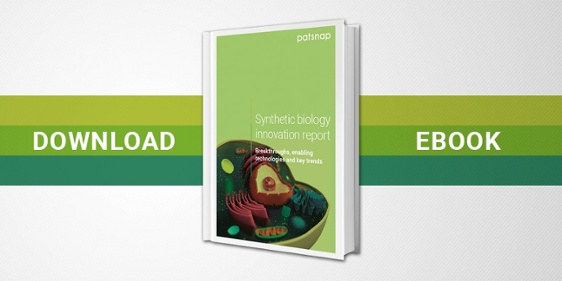